If you are interested in how comic creators use new technologies to create a new breed of comics, you have come to the right place.

Founders
Screendiver was conceived in 2014 at the Fumetto Comics Festival in Lucerne. Seven pioneers of interactive comics gathered in the Swiss town to take part in the first exhibition dedicated to interactive comics. They were Ezra Claytan Daniels (US), Daniel Burwen (US), Sutu (AUS), Jason Shiga (US), Baptiste and Julien Milési (CH) and Remco Vlaanderen of Submarine Channel (NL).

Distribution
During a panel discussion we all agreed that distribution is the biggest challenge. Our interactive comics live on different platforms and devices. There are comic apps, webcomics, VR comics, Instagram comics, mobile-only comics. There was no centralised distribution channel like there is for linear digital comics or print comics. To give you an example: try searching for “interactive comic” in the App Store or Google Play and you’ll be lucky to get one or two results that matter. 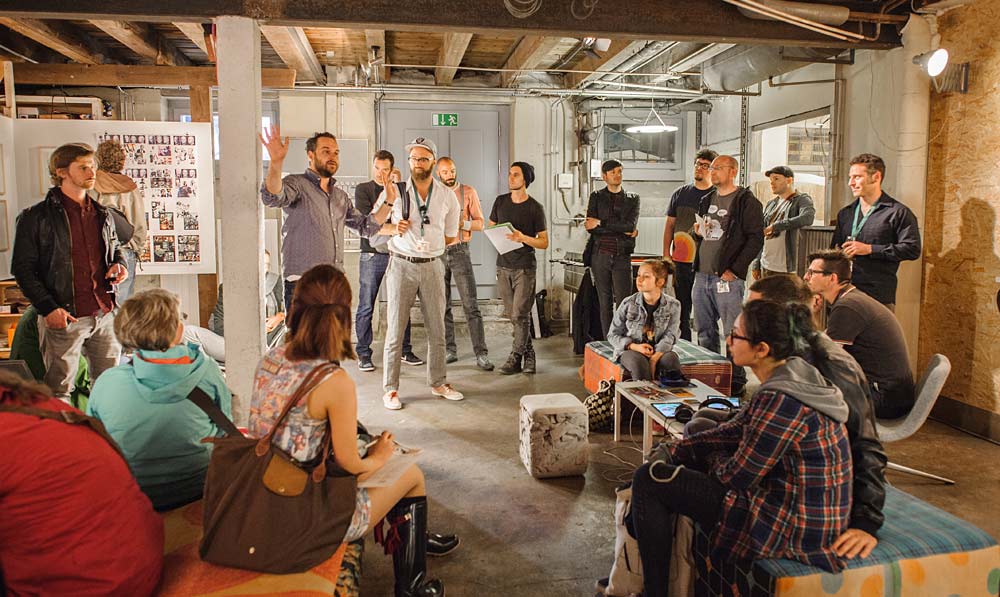 The opening of the “Motion Comics – The Beginnings” exhibition at the Fumetto Festival.

If you have a suggestion for an interactive comic or if you have a project of your own that you’d like to add to the directory, then please join the Screendiver Facebook group and post a link to your project.

Thanks to all creators who are on Screendiver, Ezra Daniels, The Fumetto Festival: Jana Jakoubek and Christian Ströhle, Submarine Channel: Bruno Felix & Femke Wolting.

Submarine Channel is made possible with the financial support of Stimuleringsfonds Creatieve Industrie (The Creative Industries Fund NL), and Kunstenplan Amsterdam.

Send us an email with questions, feedback or suggestions for projects.