A group of rebellious teenagers who make a startling discovery on the dark and dystopian world in which they live. A sci-fi story for desktop.

Storytelling and imagination can be enough to change the world…

Ascent from Akeron is a dystopian thriller set in the distant future that imagines a world without superheroes. The interactive web comic features stunning art, subtle animation, visual effects, a custom soundtrack and audio effects. 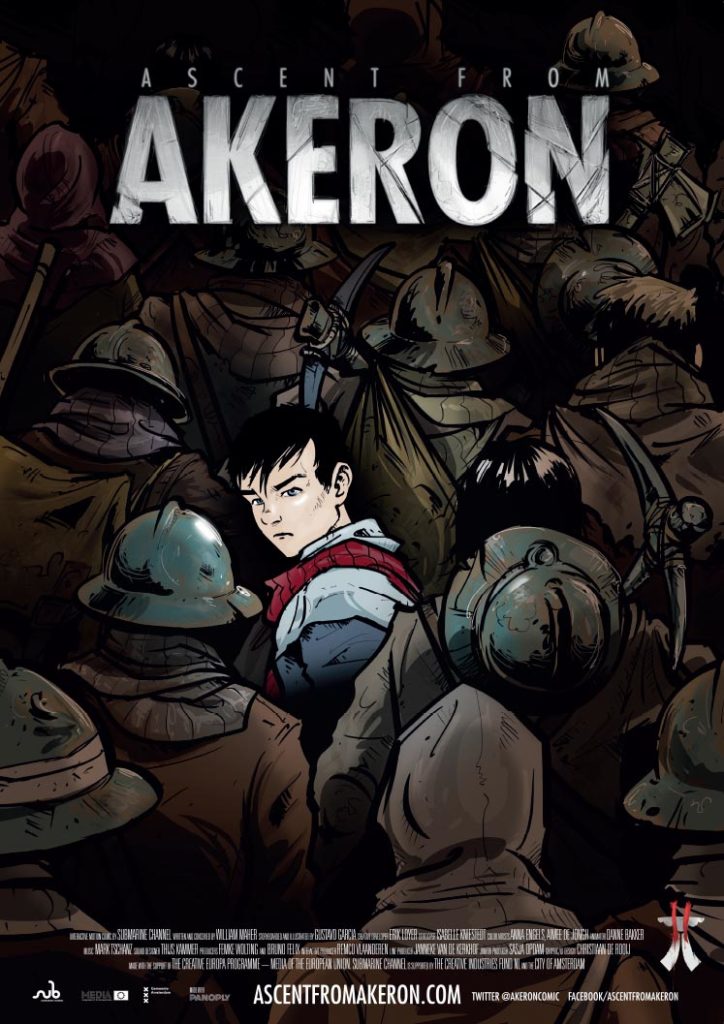 Akeron is a forsaken place on a small, isolated island. There is no history and no future. The destroyed city festers at the foot of a gigantic tower that rises like a monolith from the center of the island. The island is permanently shrouded by thick black clouds, plunging it into a permanent state of near-darkness. It’s been like this for ages. On Akeron, no one has ever seen the light of day…

The people of Akeron are permitted to exist by the unseen superior beings that live above the black clouds, so long as they provide electricity to the tower. A mysterious race of Elders controls the coal mines and everything else that exists on the island. They spy on the people of Akeron and warn them to abide by the strictest of rules and that curiosity kills. Yet a 17-year-old boy, Machai, befriends a group of rebellious teenagers, and follows them to a secret place they go…

Machai is the central figure of Ascent from Akeron. Machai’s view of his world, his unique sensitivity and courage will make him a great leader one day. The bond with his father is tormented by his obedience to the rules of Akeron. 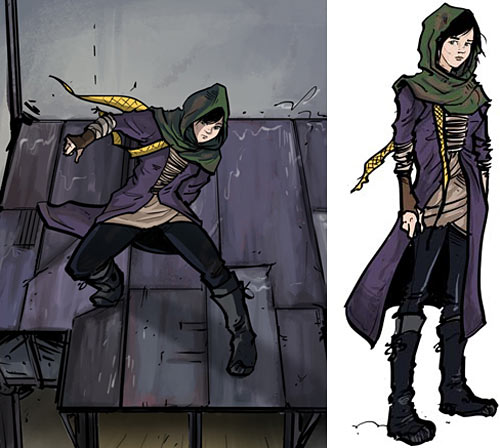 Laika is an only child of a broken home. Raised by a rigid father, she is a survivor. She has physical strength greater than other girls her age. She is practical, pragmatic and independent. Most of her friends are boys.

Chaos is a voice of reason. He’s active and pragmatic loyal and decisive. When something needs to be done, Chaos will do it. If he can’t, it’s likely nobody can.

The gang on a small raft they built.

The prologue and the first four episodes set up the dystopian world of Akeron and its main protagonists. Submarine Channel ran a successful Kickstarter to fund the 4th episode. 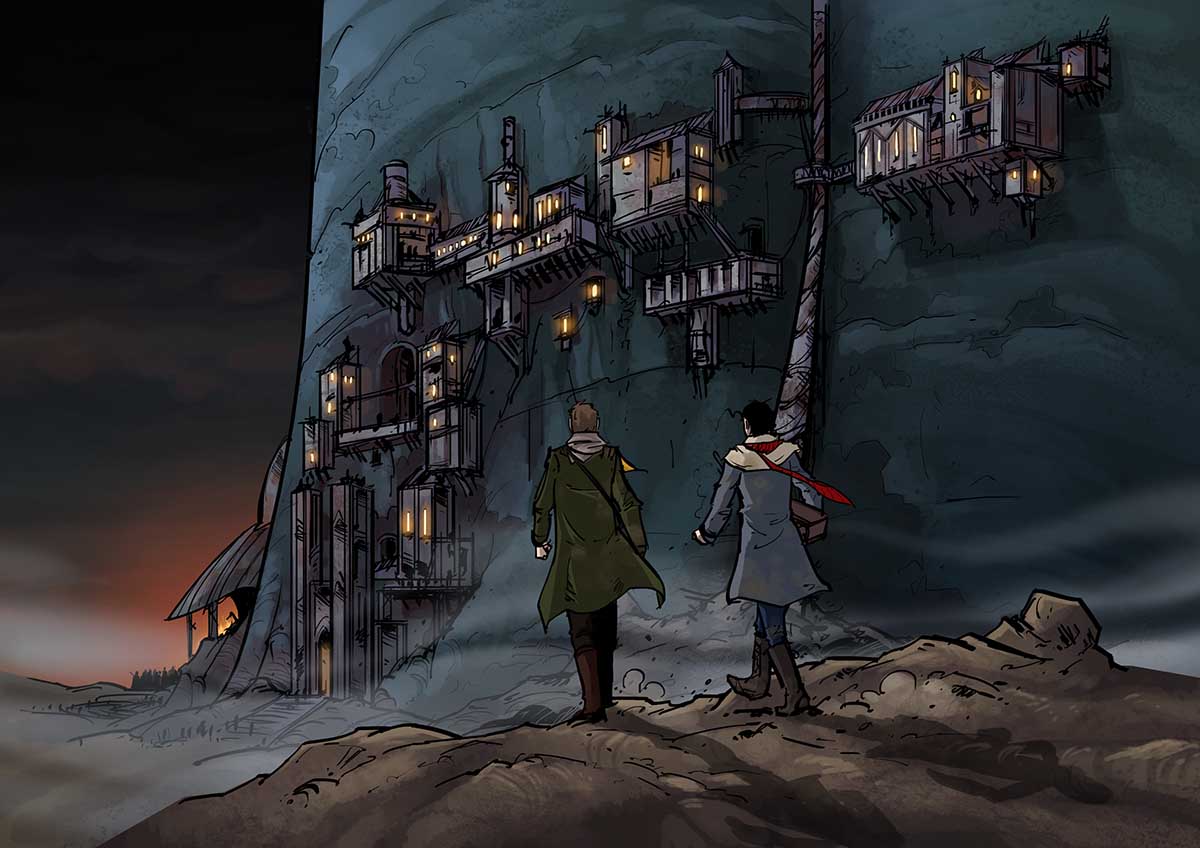 Writer William Maher is an Irishman who began working in the American movie industry in the 1990s. Specializing in visual effects, William worked on several superhero movies such as X-Men before moving into writing and directing films of his own. He directed ‘Sleepwalking’ starring Dennis Hopper and Charlize Theron. His visual effects career includes Mars Attacks!, X-Men, X-Men 2 and Batman & Robin.

Born in Barcelona, illustrator and storyboard artist Gustavo Garcia moved to The Netherlands when he was a kid. His debut graphic novel Gagarin came out in 2012. He worked on many award-winning films and interactive productions, including the Digital Emmy-winning interactive documentary Last Hijack Interactive. 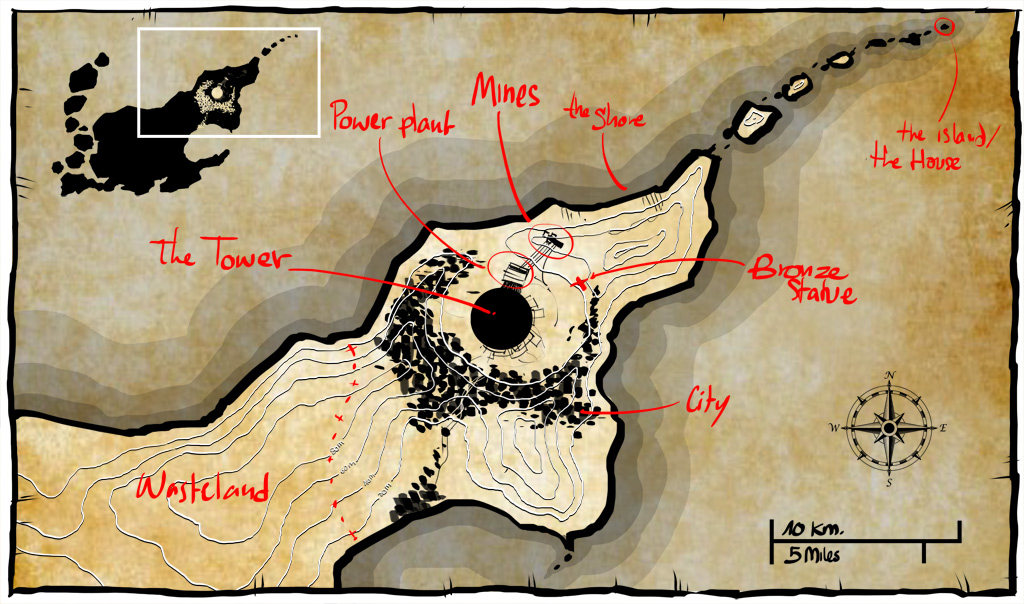 The Art of Pho