From the creators of Protanopia comes RRR – a revolutionary digital comic series for tablets and phones that builds on an impressive technique developed by studio Plastiek. Combining 3D and 2D animation that lets the reader control the camera, the pages of RRR come to life like no other comic out there does. Get ready for a unique reading experience.

Follow the colorful crew of ‘The Whale’ in 30 action packed, intensely animated comic pages. The story is a dynamic mix of sci-fi, comedy and adventure.

RRR is available in English, French and Portuguese 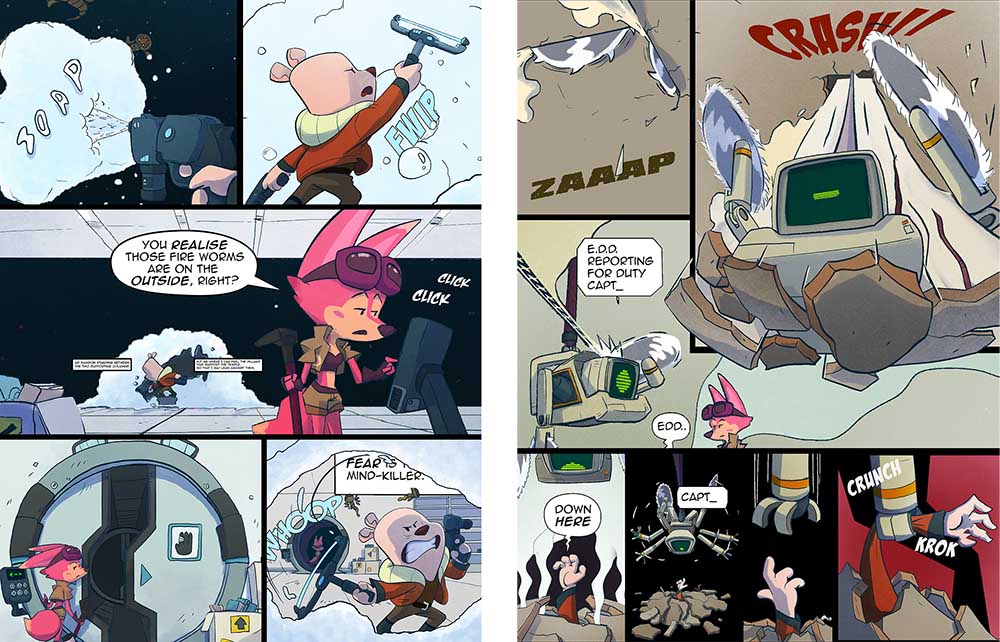 The story of part 2 picks up right after part 1. We continue the misadventures of this lovable crew of ‘The Whale’. We discover that their computer has grossly miscalculated the time available to them. With no time to waste, their fearless leader, Fur, jumps into action to heroically save the day. Unfortunately things quickly go from bad to worse as they end up having to run for their lives, again. 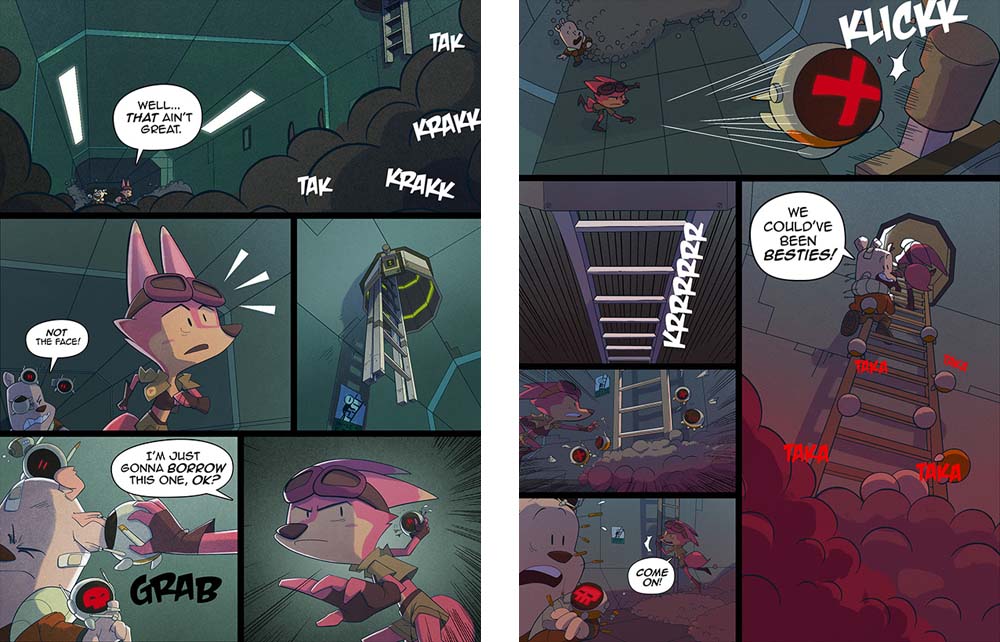 RRR 2 can be downloaded now from Apple store and Google Play store!

André Bergs
Born in the swamps of the Netherlands, he was raised on a steady diet of comics, games and animation. And still shows no sign of having had enough.

Thawatchai ‘Boat’ Chunhachai
He has a beautiful name that rhymes. He has lived in Bangkok for 33 years and has worked in the animation industry for more years than he’d like to admit.

PLASTIEK Co. Ltd.
PLASTIEK is a young company based in Bangkok. The company’s founders, André Bergs and Thawatchai Chunhachai, have a strong background in the animation industry. They put all of that knowledge and craftsmanship to work in real-time game engines. Their goal is to tell more stories and create new kinds of reading experiences for tablets, smart phones and XR. The comics by their hands,  “Protanopia” and “RRR” have received wide recognition and glowing reviews all around the world.